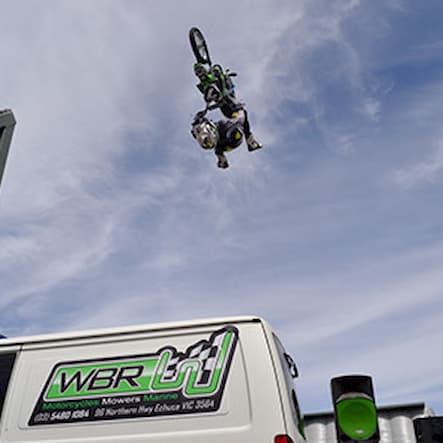 Travis grew up racing motocross. He has raced the Pro motocross class on a 450 against Australia's best. Recently he has risen to be one of the top freestyle riders in the world.

Travis rides with precision and has years of experience, He has the ability to overcome adversity and always brings his A-Game.

With over 30 surgeries he has had a career plagued with injuries but his accomplishments speak for themself.

Travis in 2015 is now also managing the Proformance Yamaha MX2 Team in Australia.

If you have been lucky enough to spend some time around Trav you will know that he is full of energy! 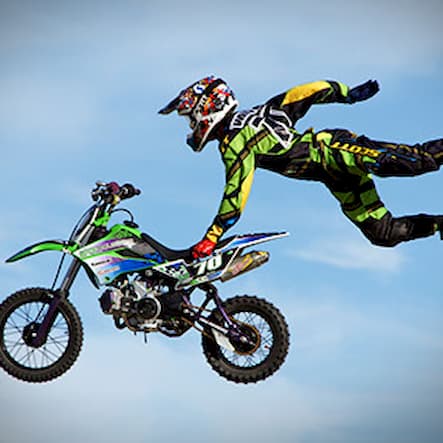 Nathan no stranger to minibike riding. He won the Australian mini SX series last time it was ran in Australia. Also an accomplished A grade motocross racer Nathan has amazing natural ability and a huge bag of tricks.

He has featured on SBS's Speedweek and can always ride to the occasion. Nathan Has been the first in person to take numerous tricks to the minibike.

Nath has a huge gift to always put on a show and perform at his best. In every condition there is one thing for sure, Nathan will put on a show!

A true extreme sport athlete no matter if it is on dirt, water or snow you will find Nathan with a smile and most likely upside down! 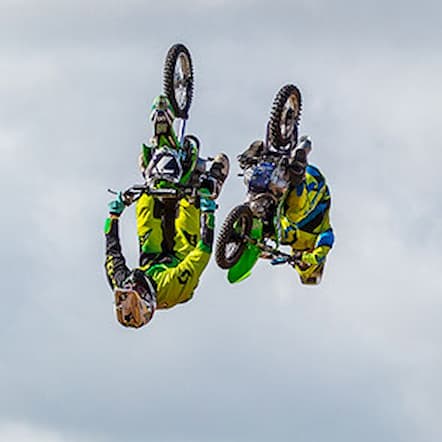 Jake is a very exciting rider to watch with massive extension. Jake's ability to adapt and roll with any situation sets Jake apart. Jake is always a crowd favorite.

Jake has flipped over the Melbourne Cup for a promotion broadcast on television. Be sure to look out for the number 28!

Recently Jake has had a bad run with a leg injury. He is on the mend and ha made a couple of guest appearances on the microphone.

Jake is one of the original Whip Industries team members and a big reason for the groups success.

Jake is as cool as it gets! from his laid back, fun attitude to his massive amount of talent at riding 2 wheels.

Sam is the newest member on the team. Sam brings a style and a talent all of his own.

The small town boy is one of the nicest guys around. Never a dull moment.

Same has traveled to China to ride freestyle shows in a circus. 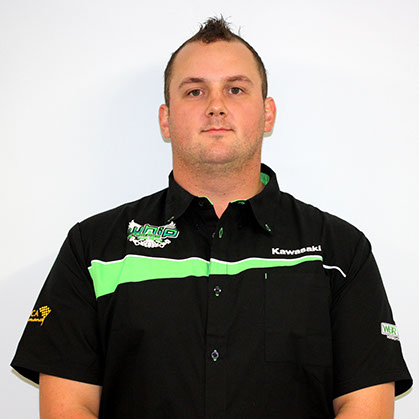 The man on the microphone. Has a gift with words. Turns the performance into an exciting show that is suitable for everyone, young and old.

Has been around motorbikes from a young age and loves the sport. Loves watching the boys ride and if you see Hayden get excited you know you have witnessed something special.

A part owner of the team Hayden is always organizing the guys and having a good time.

Hayden has also commentated big events such as The Australian FMX championships!

If your watching a show make sure to go crazy as Hayden loves when the crowd gets involved.